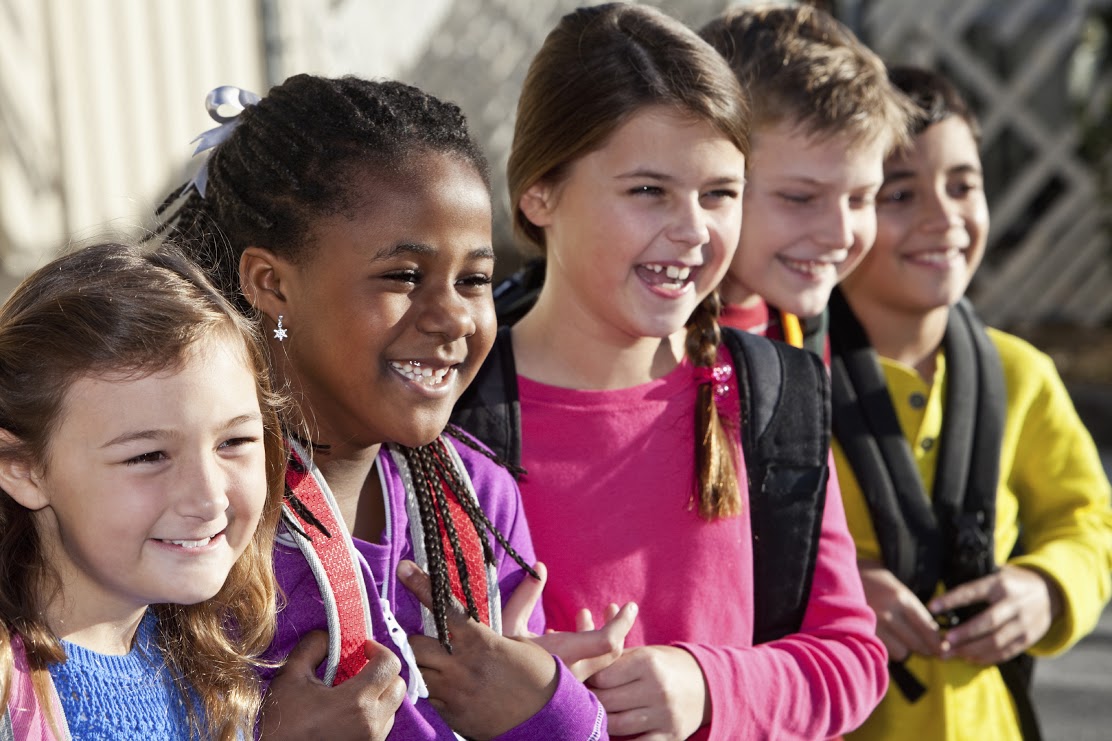 HRCF Welcoming Schools is grounded in data that connects the project’s approach with a safer school climate, and improved academic success and emotional well-being.

Twelve schools in five districts in California, Massachusetts and Minnesota participated in a three-year mixed-method evaluation incorporating both an in-depth process evaluation (with qualitative components) and a traditional outcome evaluation (with quantitative components.) The majority of the participating schools are urban and have student populations that are diverse in terms of race, economic status and family structure.

Almost 60 percent of educators indicated that their school’s climate improved.

Teachers’ concerns regarding lack of training or resources declined from 54 percent to 30 percent.

Only 28 percent of teachers feared parent/guardian resistance, reduced from 52 percent.

More educators understand that youth of every age can benefit from discussing gender roles/expression and families with LGBTQ family members.

After beginning the HRC Welcoming Schools approach, more educators intend to address topics like families with LGBTQ parents and gender roles/expression in their classrooms and schools.

What Students Are Prepared to Learn

“I’m very pleased with even the informal lessons I’ve seen in the classrooms. I’ve seen teachers discussing the three main parts of the program…and I can honestly say that I do believe the kids here do understand.” – School Administrator from a pilot site

Every school in the pilot program reported a positive difference in seeing that students of every age benefit from classroom discussions about gender roles and expression and families with LGBTQ parents.

In interviews and focus groups, educators recognized the importance of answering students’ questions about LGBTQ topics. One teacher noted, “Kids like to have discussions and be able to voice their opinions to adults because this could clear up any misconceptions children bring out.”

Educators viewed HRCF Welcoming Schools’ lesson plans as a positive way of preparing students for middle school. One educator explained, “If you are not explicit, you will not prepare [students] for middle school [where] victimization, raging hormones, and bigger kids all come into play and kids can get seriously hurt, whether physical or emotions (sic)”.

What Educators Are Prepared to Teach

“The staff taught more diversity lessons during the families program than in the past years. The lessons have had a positive effect on students' attitudes.” – School administrator from a pilot site

All schools in the pilot program reported a significant change in positive intentions to address all forms of diversity with students, including gender and LGBTQ parents.

Aside from in-school training for faculty and staff, HRCF Welcoming Schools, with school leaders, held community meetings with families, local clergy and other community members, which established and deepened trust between families and schools. These events reduced the fear of familial dissatisfaction and objections based on religious teachings when discussing LGBTQ topics.

Prior to HRC Welcoming Schools’ implementation, more than half of school personnel indicated that the primary obstacles in addressing sexual orientation in their schools were:

After implementation involving training for school faculty and staff and community meetings with family members and community leaders, those concerns drastically reduced:

As a case study, the pilot program shows:

The evaluation documented educator perceptions of the need for LGBTQ-inclusive materials, resources, and professional development in their schools. It also revealed differences in school climates and school personnel’s comfort in addressing all aspects of diversity with all school members. Ultimately, the evaluation provided compelling evidence that HRC Welcoming Schools is making a difference in children’s lives and the lives of their families and communities.