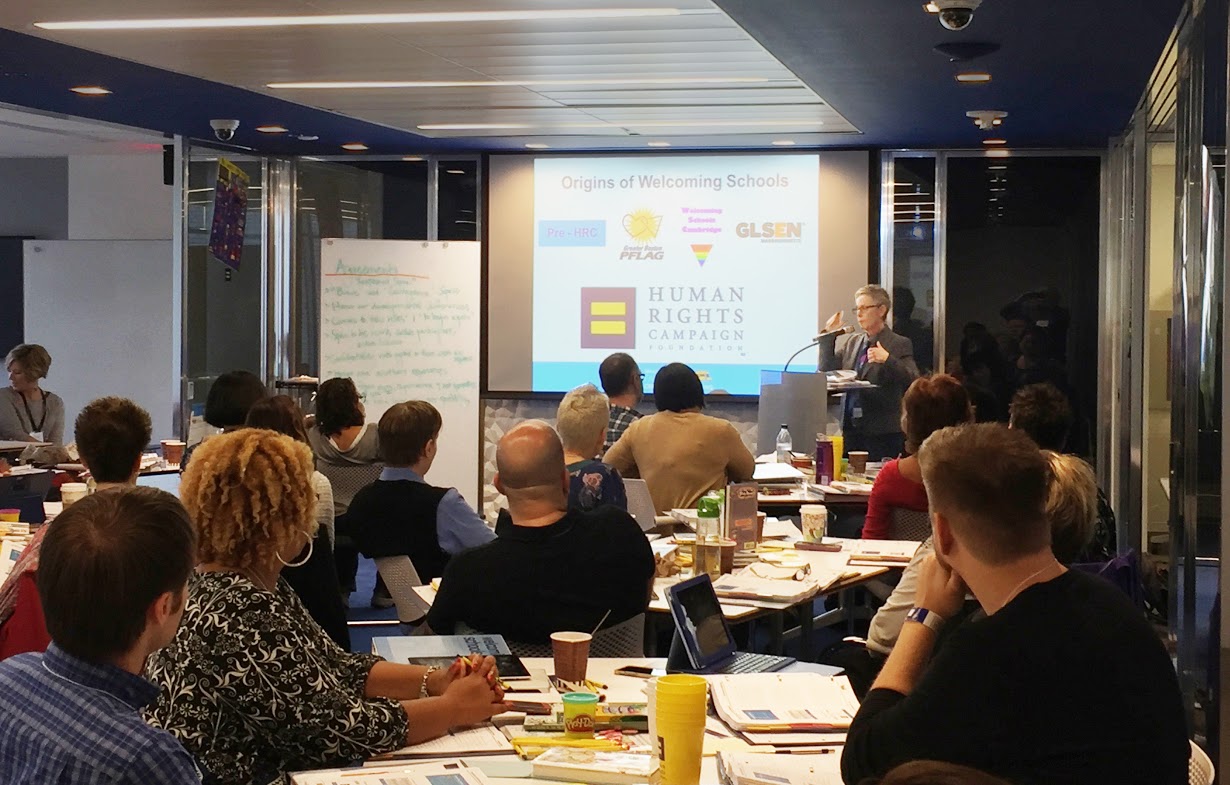 Simultaneously, in 2005, the Human Rights Campaign, at the time focused primarily on political lobbying, realized that the organization also needed a public education and outreach component to increase understanding of LGBTQ people and the importance of LGBTQ inclusive policies and practices; this became the HRC Foundation.

Ellen Kahn, while working to build the HRC Foundation’s Children, Youth, and Families program, was eager to develop a program to help elementary schools support children with LGBTQ parents. Ellen organized a meeting of experts from across the country, including Kathy Pillsbury, who was part of the Boston group leading Welcoming Schools. It quickly became clear that Welcoming Schools would be a perfect addition to the program. In 2006, the volunteers who developed Welcoming Schools transferred ownership from Greater Boston PFLAG and GLSEN Boston to the HRC Foundation.

The HRC Welcoming Schools team of staff and training consultants, lead by Kim Westheimer, provided trainings to schools and districts from 2006 to 2014. During this time, HRC Welcoming Schools developed partnerships with national, regional and local education and safe school organizations and created a website to make resources accessible to elementary schools, educators and parents across the country.

In 2015, under the direction of Johanna Eager, HRC Welcoming Schools hosted its inaugural Facilitator Certification Program, bringing together 30 community members, advocates and educators from across the country to be prepared to bring HRC’s Welcoming Schools back to their schools and communities. The facilitators spent three days at HRC headquarters in Washington, D.C to learn to provide elementary schools and districts with professional development on the HRC Welcoming Schools approach to foster an LGBTQ and gender inclusive school climate so that all children can thrive.