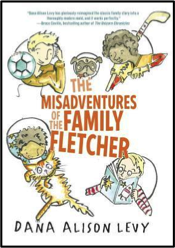 The Misadventures of the Family Fletcher. Dana Alison Levy (3 – 5)  From camping trips to scary tales told in the dark, from new schools to old friends, from imaginary cheetahs to very real skunks, the Fletchers’ school year is anything but boring with  four brothers, two dads, and one new neighbor who just might ruin everything. 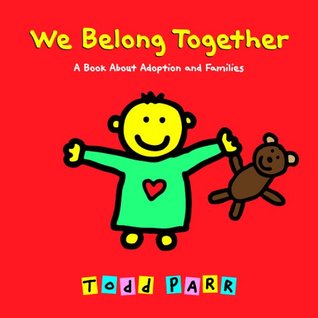 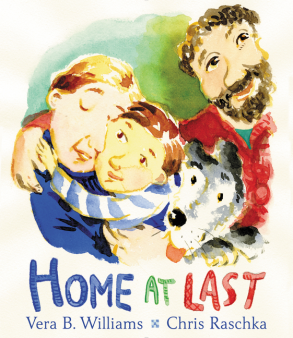 Home at Last. Vera B. Williams and Chris Raschka. (1 – 3) After Lester is adopted by Daddy Albert and Daddy Rich, he develops a big problem—he can't fall asleep. It's the sweet dog, Wincka, who finally solves the problem and helps Lester feels home at last. 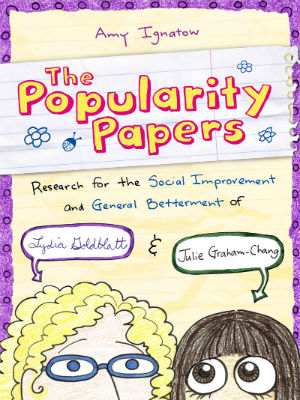 The Popularity Papers: Research for the Social Improvement and General Betterment of Lydia Goldblatt and Julie Graham-Chang. Amy Ignatow. (4 – 6)  Two fifth-grade best friends are determined to uncover the secrets of popularity by observing, recording, discussing, and replicating the behaviors of the “cool” girls. Notebook format with a lot of illustrations. Julie has two dads. First in a series of seven books. 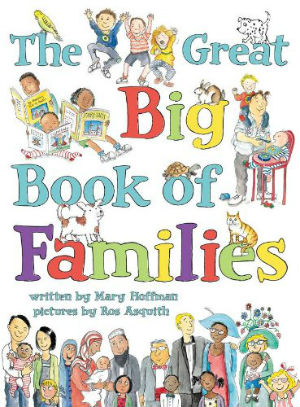 The Great Big Book of Families. Mary Hoffman. (Pre-K  – 3)  Features all kinds of families and their lives together. Each spread showcases one aspect of home life - from houses and holidays, to schools and pets, to feelings and family trees. 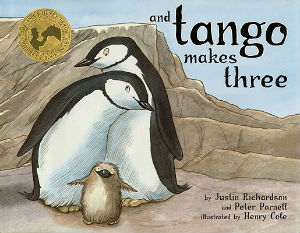 And Tango Makes Three. Justin Richardson & Peter Parnell. (K – 2)  Penguins Roy and Silo at New York’s Central Park Zoo, keep putting a rock in their nest and try to hatch it. The zookeeper gives them a real egg that needs care. The penguins take turns sitting on it until it hatches, and Tango is born. 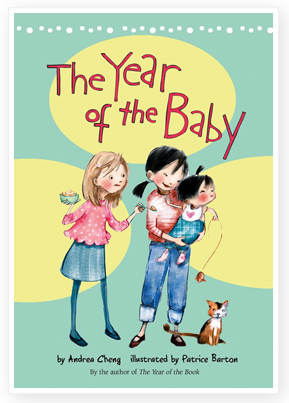 The Year of the Baby. Andrea Cheng (1 – 3)  Anna’s family has adopted a baby girl from China. She wants to learn how to be a good sister. But this proves challenging when the doctor warns that the baby isn't thriving. Can Anna and her best friends create a science project that saves the day? Part of a new series of early chapter books. 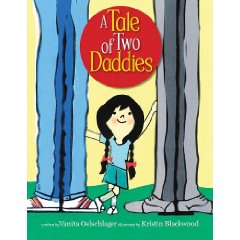 A Tale of Two Daddies. Vanita Oelschlager. (Pre-K – 1)  A young girl answers a friend's straightforward questions about having two fathers. The story ends with simply, “Who is your dad when you're sad and need some love?” Both, of course. 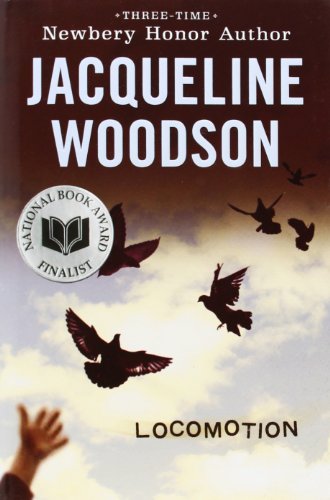 Locomotion. Jacqueline Woodson. (5 – 8)  In a series of poems, eleven-year-old Lonnie writes about his life, after the death of his parents, separated from his younger sister, living in a foster home, and finding his poetic voice at school. 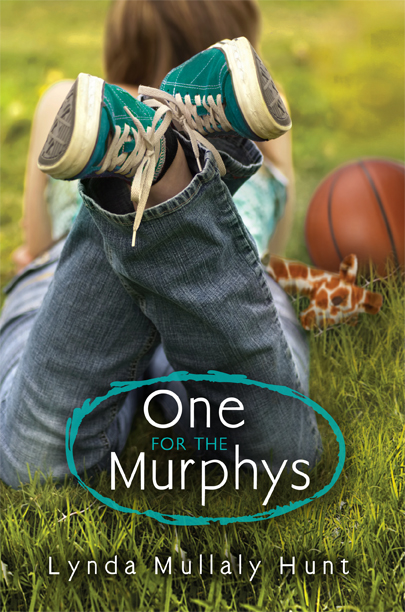 One For The Murphys. Lynda Mullaly Hunt. (5 – 8)  When Carley becomes a foster child after she and her mom are beaten, she sees a family life she never thought existed. Despite her resistance, she starts to feel like she belongs. But then her mother wants her back and Carley has to decide where and how to live. 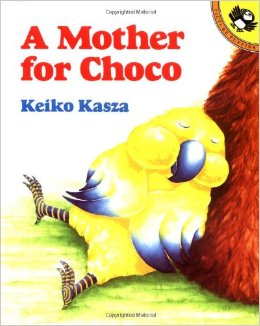 A Mother for Choco. Keiko Kasza. (Pre-K – 1) Choco wishes he had a mother, but who could she be? He sets off to find her, asking all kinds of animals, but he doesn’t meet anyone who looks just like him. Finally he meets Mother Bear and learns that learns that families can come in all shapes and sizes and still fit together. 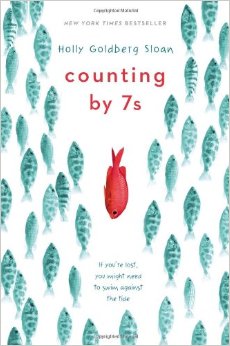 Counting by 7s. Holly Goldberg Sloan. (6 – 8) Follow Willow on her journey towards family after her adoptive parents die in a car crash.

The Family Book. Todd Parr. (Pre-K – K)  All kinds of families are celebrated in a funny, silly and reassuring way. Includes adoptive families, stepfamilies, single-parent families, two-mom and two-dad families and families with a mom and a dad. 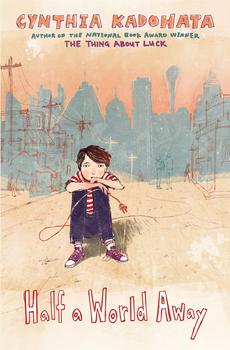 Half a World Away. Cynthia Kadohata. (5 – 8)  Jaden is adopted, considers himself an ‘epic fail’ so that is why his family is traveling to Kazakhstan to adopt a new baby—to replace him. Instead Jaden discovers the transformative power of love. 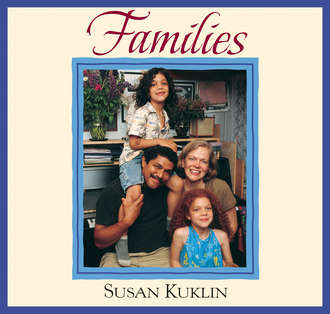 Families. Susan Kuklin. (4 – 5)  With interviews and engaging color photos, this shows the diversity of families in America. Includes mixed-race, immigrant, two-dad, two-mom and single-parent families and families for whom religion is a focal point. 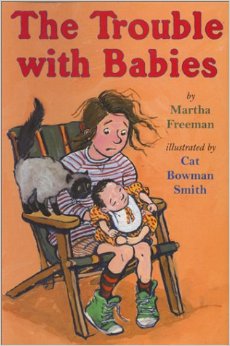 The Trouble with Babies. Martha Freeman. (2 – 4)  Holly has just moved to San Francisco. Her new friend Xavier, who lives with his two dads, has a crush on Annie, who is Jewish and Chinese. Xavier hopes to win Annie over by putting her “yucky” baby sister in his de-yuckification machine. 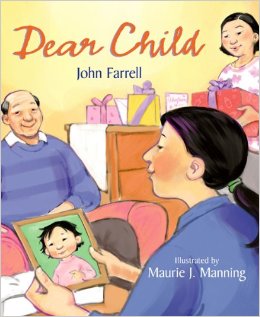 Dear Child. John Farrell. (Pre-K – K)  Features three families, a two-mom adoptive family, a single father and a mom and dad family expressing their wonder and joy of having a young child.